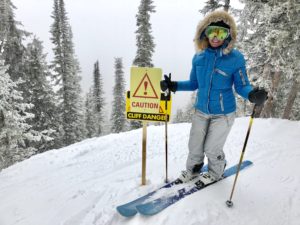 Heather Burke received the 2018 NASJA Mitch Kaplan Award, presented to the journalist whose work and spirit best captures the enthusiasm and dedication NASJA’s revered Mitch Kaplan brought to the coverage of skiing. NASJA awards writers who have contributed to the advancement of skiing and snowboarding, excellence in media relations, while upholding commitment and dignity to snowsports journalism.

Heather, who learned to ski at the age of three, worked at her parents’ Smugglers Notch ski lodge, and as a ski instructor before embarking on her writing career. She has been a ski journalist for over two decades, sampling some 170 ski areas and gathering many awards along the way including three NASJA Harold Hirsch Excellence in Journalism Awards.  Freeskier Magazine named Heather a “Top 100 ski industry people to follow.” Rossignol Apparel selected Heather as brand influencer, and Heather was also SKEA Ambassador 2014-2018.

Presently, Heather is editor of theluxuryvacationguide.com and familyskitrips.com , and contributes to snowpak.com and Boston.com.  Her w 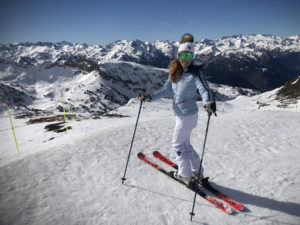 This NASJA 2018 award has special meaning to members of North American Snowsports Journalists Association, honoring a journalist who best embodies an unwavering commitment to bringing the joy of skiing to all and whose work and spirit best captures the enthusiasm and dedication NASJA’s revered Mitch Kaplan brought to the coverage of skiing. Heather was nominated by extreme skier and friend, Dan Egan.