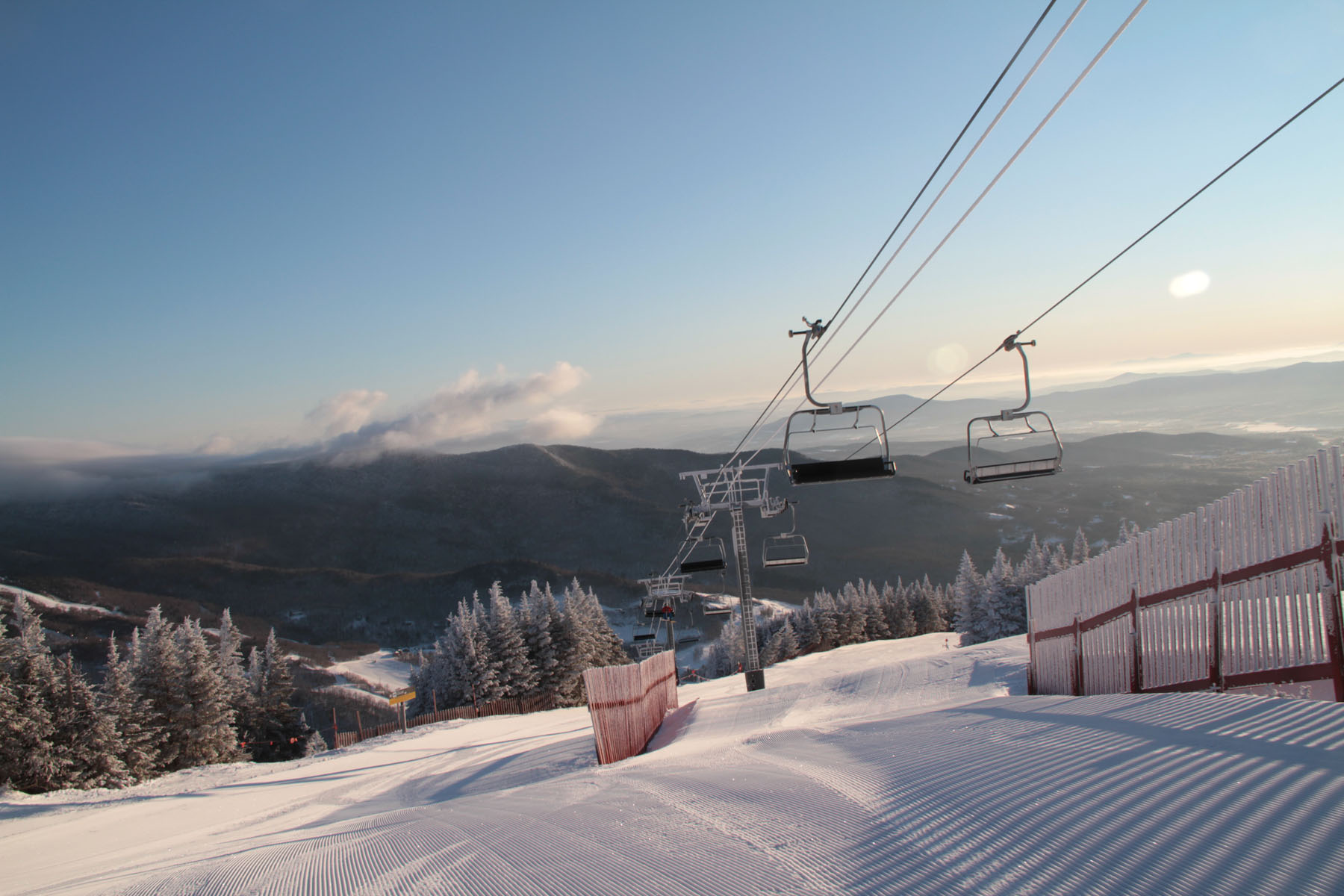 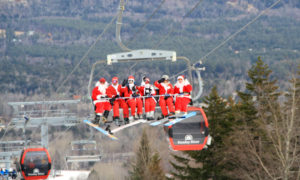 Early season skiing in New England ski country is like a snow-gun shooting match as each ski resort rushes to blow snow and open even a thread of ski trail for skiers and riders. Here are the top ski resorts in the East for early season skiing: 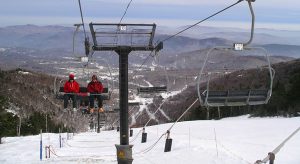 Killington for decades has claimed the title first to open in the East and last to close in May. The Beast of the East has a reputation of stock piling snow on Superstar. Killington also likes to open first for in the East. For five years now, Killington has hosted the women’s FIS World Cup ski races Thanksgiving weekend! Killington is huge, with six peaks, including the highest lift-served terrain in Vermont at the 4,241′ Killington Peak summit reached by the K-1 Express Gondola. Killington is also often last to ski in May or even early June!

Okemo rivals Sunday River in the snow blowing department. The call their snowmaking effect the Okemo Blizzard, and they point their 1,300 snow guns at achieving a high trail count by mid-December, when we love to visit Okemo pre-holiday. Okemo often offers the most trails open in the East by the Christmas New Years week. 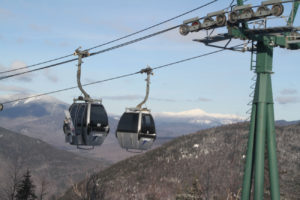 Loon Mountain in New Hampshire, owned by Boyne with Sugarloaf and Sunday River, has over 600 tower guns and blows serious snow on 97% of its terrain. Loon typically has the most ski acreage open in NH because of its serious commitment to making snow on all three peaks.

Sugarloaf in northern Maine has bumped up their snowmaking systems since Boyne Resorts bought the Kingfield resort in 2007, opening early to mid-November. Boyne’s low energy guns have improved The Loaf’s early season trail openings and snow quality throughout the season. While Maine sister Sunday River opens first in the East, Sugarloaf is now reputed to be the last resort skiing into late April or May.

Bretton Woods, New Hampshire’s largest ski resort has huge snowmaking power, and typically opens mid November and skis through until April and Easter on the slopes. Bretton Woods is typically first to open for New Hampshire skiing, and last to close in April on Patriots Day with skiing for a deep discount, like $17.76, and a free ticket to return early next season.