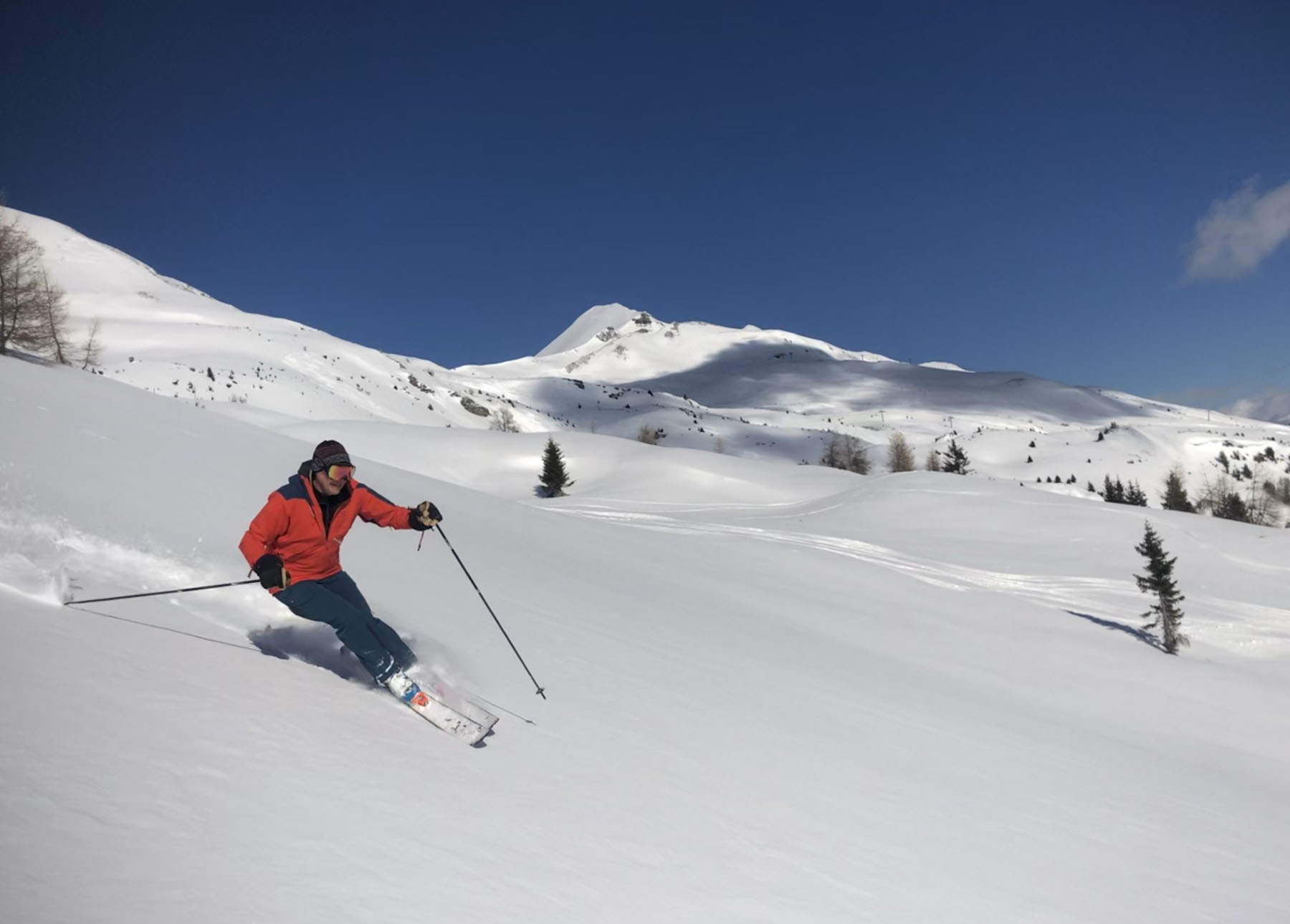 We love the annual opportunity to demo next year’s gear, taking brand new skis out for a few laps and taking note of our likes and dislikes. Here are the stand outs from this season’s rack of ski gear.

Top All Mountain Skis – our favorite category since you can’t bring three pair of skis to the mountain!

Blizzard Bonafide remains a winner in our book. Two sheets of Titanal and a poplar beech core and rocker make its strong, stable, and precise at 98mm. Blizzard’s Rustler 10 is more all mountain versatile, and the Rustler 11 is Blizzard’s bigger powder wrestler.

Volkl Mantra M5 ski was reinvented again last season, 5th gen – hence the “M5”. Mantra has a Titanal Frame, making it stable, and speedy but good in bumps and crud too. Mantra M5 98 could be your one quiver ski – groomers to hard pack, not super playful – just enough in the fluff.

Head Kore 93 is a winner, lightweight with its graphene technology, its still rips turns, and is smooth at speed. Should we tell dudes that the Kore came from Head’s popular Joy series for girls? This version is a bit stiffer and less forgiving. The US Ski team love the Kore for their fun runs between race days.

Rossi’s Black Ops 98 appeared quietly on the scene, like a secret op, but has built a reputation for being fun, quick, and stable on edge. The panther graphics give it a fierce playfulness previous Rossi Experience lacked. We love Rossi- since 1907.

Rossignol Experience 88 TI loves to carve, its versatile and quick, not for the timid – the most successful of the Experience family that Rossi has done so well with. Every ski instructor on the planet has had a pair of Rossi Experience (slight hyperbole).

Blizzard Brahma 88 is a rip stick on in hard pack, loves to crush cord and make snappy turns. This Austrian ski is stable at speed, edges like a razor – very responsive and quick.

Volkl Deacon 84 has carved its name into the top Front Side ski list. Like its brother – the RTM, “Ride The Mountain”, The Deacon is quick, stable, fun and pretty fierce on hard pack. You’ll be skipping church to be with the Deacon for Sunday carving.

Nordica Enforcer 88 – it’s a sure bet ski, dynamic, quick and smooth on groomers. Impressive skis from the original ski boot maker since 1939. 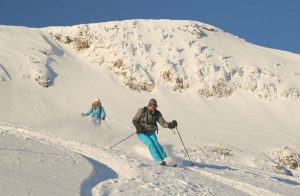 Blizzard Rustler 11 & 10 have been winners for a while, this season is no different. Two sheets of metal, real wood, and flip core carbon, but still it floats and smears when you need to butter your beefy turns on this 112mm ski. 10 is more all around at 102mm under foot, that still holds an edge like a bull, hence the bull graphic.

Rossignol Soul 7 HD is fun and fast, floaty, but its been beefed up a bit for mixed snow – the HD, so now its has better quickness. Not super at super high speeds on hard pack – so go find better snow. Also pardon Rossi’s boring gray black graphics

Nordica Enforcer 104 gets high marks for all conditions, taking the place of its predecessor the Patron. Its good on deep days, but this ski likes everything, leaves everyone behind too, stable at speeds, though maybe not great in hard snow. Get your wife a pair of Nordica Santa Ana’s to match and you will be “that couple” charging on the slopes.

Armada Tracer 108 has the sweet floaty style of our favorite Armada JJ’s, with just enough performance too. A well-made Armada flotilla with quickness and power.