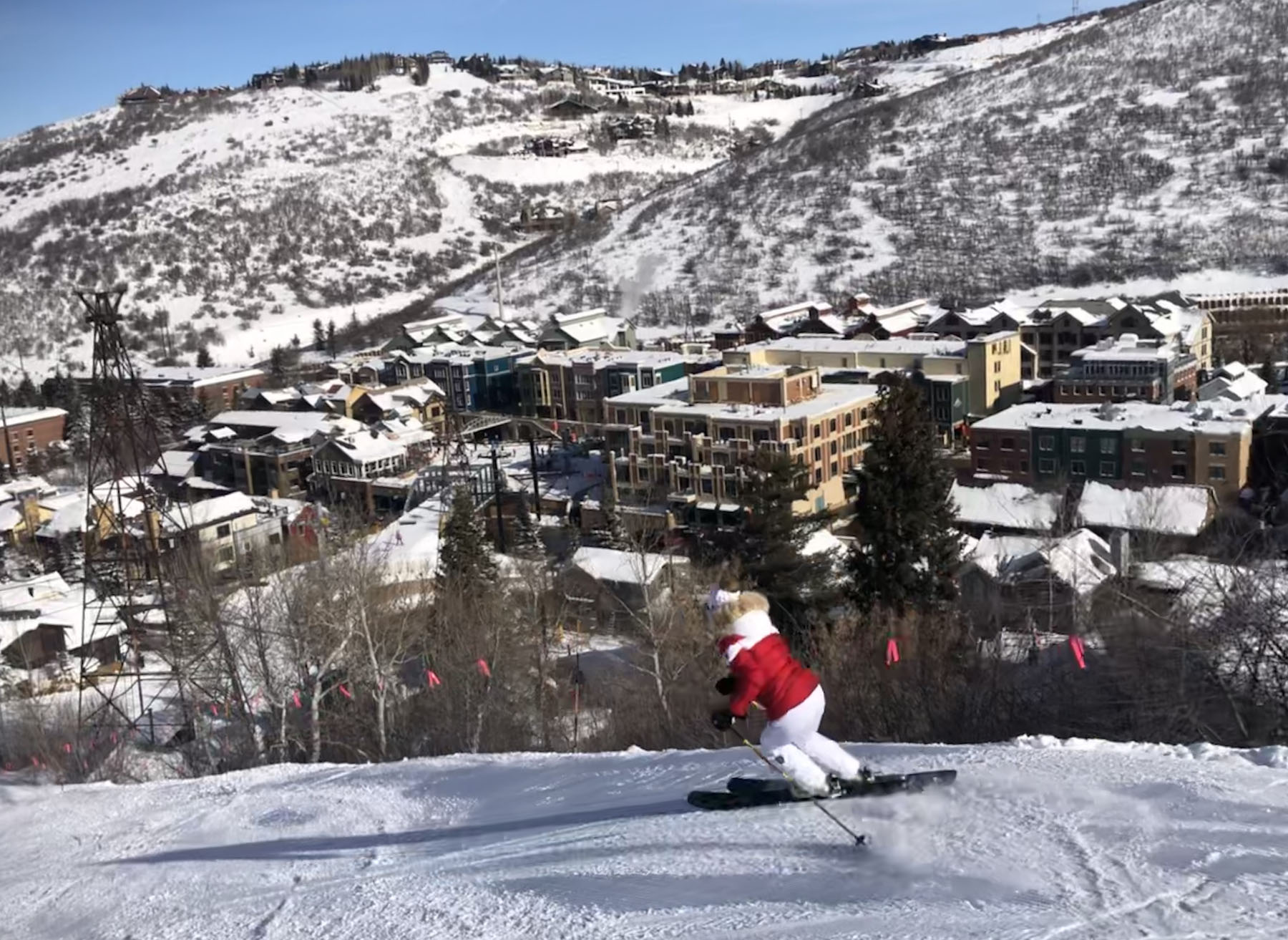 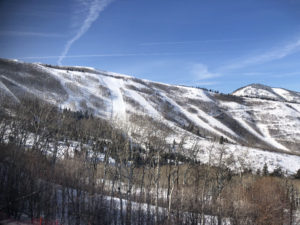 #1 It’s EASY to get to – Skiers longing for waist deep powder and western sunshine can hop one of numerous nonstop Delta flights to Salt Lake City, hit the tarmac by 10, and be heading to Park City’s ski areas, Park City Mountain and Deer Valley. Both are 40 minutes from the airport and if you park at the base of “The Canyons” (Park City Mountain ski area’s northern extreme) you are a mere 30 minutes from the airport.

#2 – Your first day in Utah you can be skiing by noon with direct morning flights. Park City’s Canyons is the first resort on your 30-minute drive from Salt Lake City Airport – making it a smart place to start. 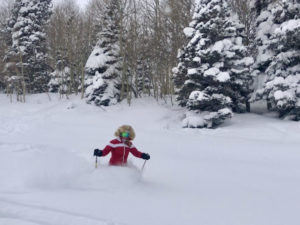 #4 – “The greatest snow on earth.” They call it the Great Salt Lake Effect when lake water rises into the clouds, producing squalls of light, fluffy and dry snow that dumps on the nearby Wasatch Mountains. This Utah trademarked snow phenomenon causes an epidemic called “powder flu” – highly contagious amongst skiers – causing extended work absences and irrepressible grins.

#5 – Park City Mountain Resort is where the US Ski & Snowboard Teams train. You can push your limits here too amid 17 peaks, a dozen bowls and 7,300-acres. McConkey’s, Jupiter Bowl and 9990 all offer high-alpine high adventure skiing from summits as high as 10,026’. Meanwhile the front sides of Park City and The Canyons provide long blue boulevard trails for everyone. Back in 1963 when Park City Ski Area opened, skiers would actually ride up the 3-mile mine shafts to access the snowy slopes, today you can coast on comfy six passenger quad couches to hit Park City’s signature runs and see the old mine shafts and towers. Park City is now owned by Vail Resorts – part of the Epic Pass. 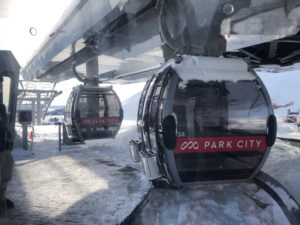 #6 – The Quick Silver Gondola connects the The Canyons on the northern most part of Park City Mountain Resort to the rest of this vast terrain making it Utah’s largest lift connected ski resort spanning 7,300-acres. Canyons Village offers a family friendly slopeside village with daily entertainment. On-mountain lodging options include the Grand Summit Hotel, West Gate, Silverado, Apex, Hyatt, Westin and Waldorf Astoria – all steps to the lifts. There is even an economical Yotel under construction as of 2020.

#5 – Deer Valley is one of Utah’s Top Family Ski Resorts, and oft rated #1 by Ski Magazine for service and snow grooming. Deer Valley is a posh ski paradise where the service is as sublime as the snow. Snowboarders are banned and lift ticket sales are limited (so buy your Deer Valley tix in advance). They will unload your skis from your car, and strive to groom their slopes to perfection. But don’t assume that Deer Valley’s 2,026-acres are all buffed and behaved – Empire Canyon has steep chutes and adventurous aspen glades to rock your otherwise regal resort stay. All this top-notch alpine amusement works up an 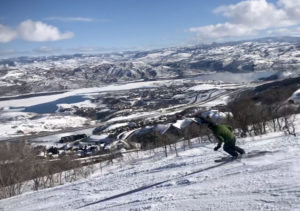 appetite and Deer Valley’s mountain lodges are elegant environs in which to eat (and drink, and roast your toes by the fire). You can also ski to The Goldener Hirsch Inn for an Austrian-inspired feast of fondue, or stop by legendary Stein Eriksen’s Lodge for the après ski “see and be seen” scene. Montage and St Regis are grand luxury ski hotels on the more mod side.

#8 – Cool Runnings! Utah hosted the 2002 Olympics, and you can witness the Winter Game venues – the moguls and monster jumps at Deer Valley, Slalom and Superpipe at Park City, even the Nordic 90-meter and the official Torch at Utah Olympic Park. For $195, you can ride the full track four-man Olympic Bobsled in 50-seconds. But when they warn you that this is “an aggressive, violent minute-long ride during which you will pull 5G’s and 80 mph” – that’s no joke and no refunds are given at the conclusion of the ride. This ride is no amusement park thrill – it’s more like being hurtled over the frozen falls of Niagara in a metal trash can. Daredevils – you’ve been warned! 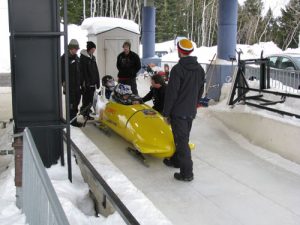 #9 – Deep snow and deep discounts! Keep dialed in to Park City’s Stay & Ski promotions and Ski Utah deals as well. You can book slopeside lodging for two nights at the luxurious Lodges at Deer Valley, the revered Stein Eriksen Lodge, or the Grand Summit at the Canyons, with ski and stay specials like third night free during non-peak midweeks. The Silver Baron Lodge at Deer Valley offers beautifully appointed units, many with a hot tub on the private deck. Or stay in Salt Lake at a chain hotel affordably, you’re just 20 minutes to the ski slopes!

#10 Two world class ski resorts, one great town! What are you waiting for? Utah skiing is less than a day away. Park City’s the place – to ski Deer Valley and Park City. You can lodge in Park City and you are also under an hour to Snowbird and Alta, and just a bit further to the less discovered Snowbasin and Powder Mountain. Pack your sunscreen and bring fat skis (or rent) as the sun can be strong and the snow can be deep in Utah!